In 2018 protesters took to the streets of Rome to rally against resident evictions. After years of housing shortages, rising rental prices, and unemployment, thousands of families and individuals were no longer able to meet their mortgage and rent payments, and many were being forced from their homes. This is just one event that exhibits how Rome, like several capital European cities, has simply become unaffordable.

For the Rome Collective Living Challenge, we’ve asked architects and designers to propose solutions for collective living in Rome.

Participants were tasked with designing a concept for affordable co-living. Instead of considering ways to construct thousands of new, individual apartments in Rome, this competition focused on housing solutions that might offer both affordability and community. We sought ideas that could potentially be implemented across Rome to increase housing stock. There was no minimum size required, and proposals were asked to be flexible enough to adapt to different locations and inhabitant requirements. Participants were free to choose and identify their own competition sites.

Several submitted proposals sought methods for increasing density within the existing generic building stock. Others targeted specific Roman sites such as the Aurelian Walls or the Tiber riverfront. Others still sought to rework parking lots and other low-density spaces seemingly present everywhere throughout Rome.

When judging the proposals, the jury asked two primary questions: Does the proposal introduce thoughtful or novel concepts for community living? And how does it respond specifically to Rome’s urban situation?

This competition is part of Bee Breeders’ Affordable Housing Crisis design series, which has over the past year introduced a number of proposals to address the global demand for urban housing. Some of these submissions and others have been included in the inaugural print publication by ARCHHIVE: Issue 1: What is Affordable Housing?

Bee Breeders would like to thank all designers who participated in this competition! 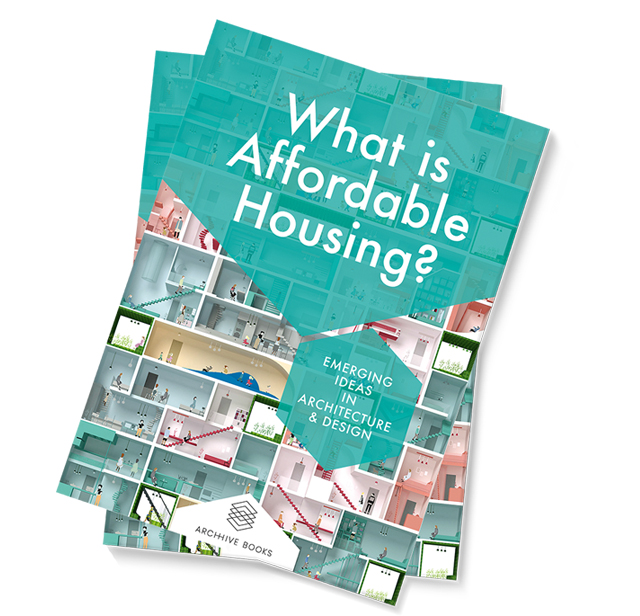 Is Collective Living The Future Of Architecture?

“Vito del Muro - Co-inhabiting the Aurelian Wall” targets Rome’s 19km-long, 3rd-century defensive fortification as a generator of future housing stock for the city. The project focuses on demonstrating that the wall has not only resilience, but also serves to be permanently useful for Rome’s greater good. The submission offers a simply-constructed unit design that might be implemented along the intact portions of the historic structure. Adapting to the linear form of the wall, residential units are placed side-by-side and connected by a communal living space. The jury wonders, however, how many units can the intact portions of the wall feasibly support, and is this enough to begin to solve Rome’s housing crisis?

“Anti-Isolato” details a method for transforming a typical residential Roman street block, which it claims to be an insular courtyard enclosed by a perimeter of residential buildings. The design proposes opening this inner court to the city street by removing one of the block’s sides and, furthermore, by introducing a number of collective programs within the block. The project presents a case study of historical Roman social housing projects and extracts the lessons learned from their failures. To overcome the isolated nature of these constructions, the ‘new’ block is populated with collective working spaces and collective living units linked to a perimeter atrium open to the courtyard. These collective spaces are balanced by private residential units that face the streets. The jury found the drawings and ideas to be excellent and clear. The jury also asks: By using the strategies shown here, can existing blocks also be transformed in a more sensitive way, rather than through significant reconstruction?

“R(h)ome" converts an existing structure into an alternate form of housing to demonstrate the importance of adaptation over new construction in such a historic city. The proposal states: “To build something new in the center of Rome is virtually impossible, yet the large amount of underutilized spaces, especially in religious complexes, offers new potential for creative adaptation in the struggle to provide the diverse housing needs of a contemporary city.” The project converts the historic guesthouse of the 14th-century Chiesa e Monastero di Santa Brigida into a 21st-century co-living facility. Through a number of sensitive design considerations, the existing floor layout is adapted to a variety of different residential unit types, shared outdoor spaces, and a communal coffee shop, dining area, and kitchen. The jury would love to see this project expanded to include a range of different Roman sites.

Living on the Lungotevere Sweden

Domestic Equipment for a New Collectivity in Rome United States

Jacob Comerci
Eli Braff Back
Read interview
Tweet
Click and hover over the project presentation to enlarge it!